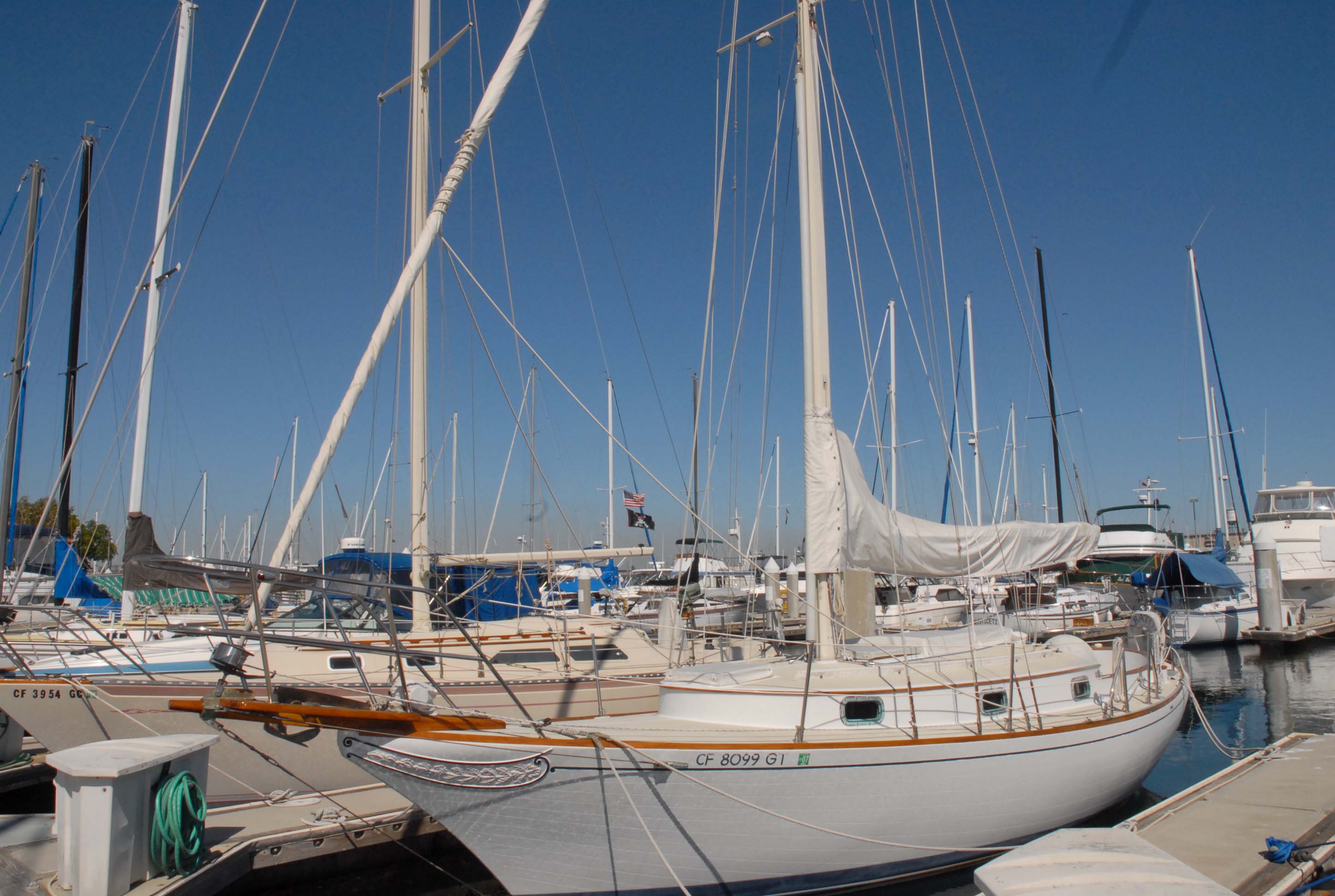 Sea Livin’, originally named “Abaton”, like many yachts similar to her, has a history. More than that, she has a story. Making her new owner Bill all the more enamoured by her.

Sea Livin’ is an Ericson Independence 31 yacht, designed by Bruce King and built by Ericson Yachts in California. She’s an exceptional little yacht and the only one of her kind in Australia.

We were lucky enough to trace her history back to how she almost never came to be.

Ericson Independence 31’s are few and far between. The owners of them, past and present, are linked for their love of these little yachts and people who come across them, generally fall in love straight away. Beginning the search for their own E31. There are 71 (completed hulls) in the world, however the plan was for there to only be 70.

After the completion of hull #70, Ericson decided to cease production of the Independence 31. That was until

Steve came along. A year after production ceased, Steve approached Ericson and on bended knee, pleaded for them to please make just one more E31, and they did, she is now known as Sea Livin’.

She was launched, as Abaton in 1981, a sneaky little yacht as she looks like she’s made of the traditional timber when in fact she has a fibreglass hull and rudder.

Sea Livin’ was purchased in December 2017 by who immediately fell head over heels for her. He knew he’d be taking her out to sea for adventures and sea livin’.

He started his sail north late January with a new sound system so he and his crew mate Ivan can rock their way up the coast headed for Lord Howe.