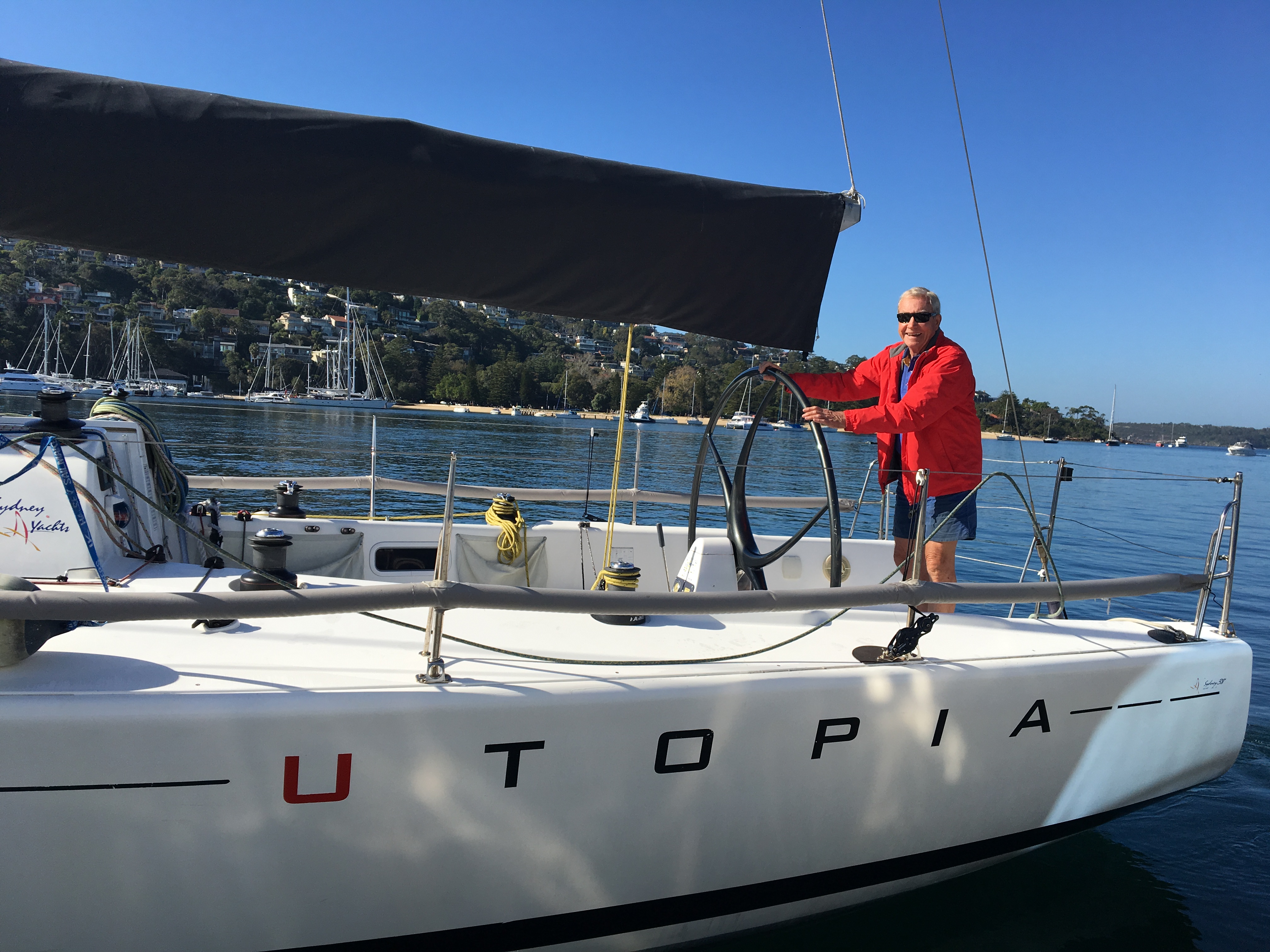 In senior years, most people would be thinking of retiring from their boating lives, this is quite the opposite for John Amos. John, well known in the industry has decided not to leave boating behind in his senior years but instead to get into a larger faster racing yacht. He purchased Utopia, a Sydney 38, and has taken her to her new home at Greenwich Flying Squadron.

It was a pleasure to work with a very humble and true gentleman.