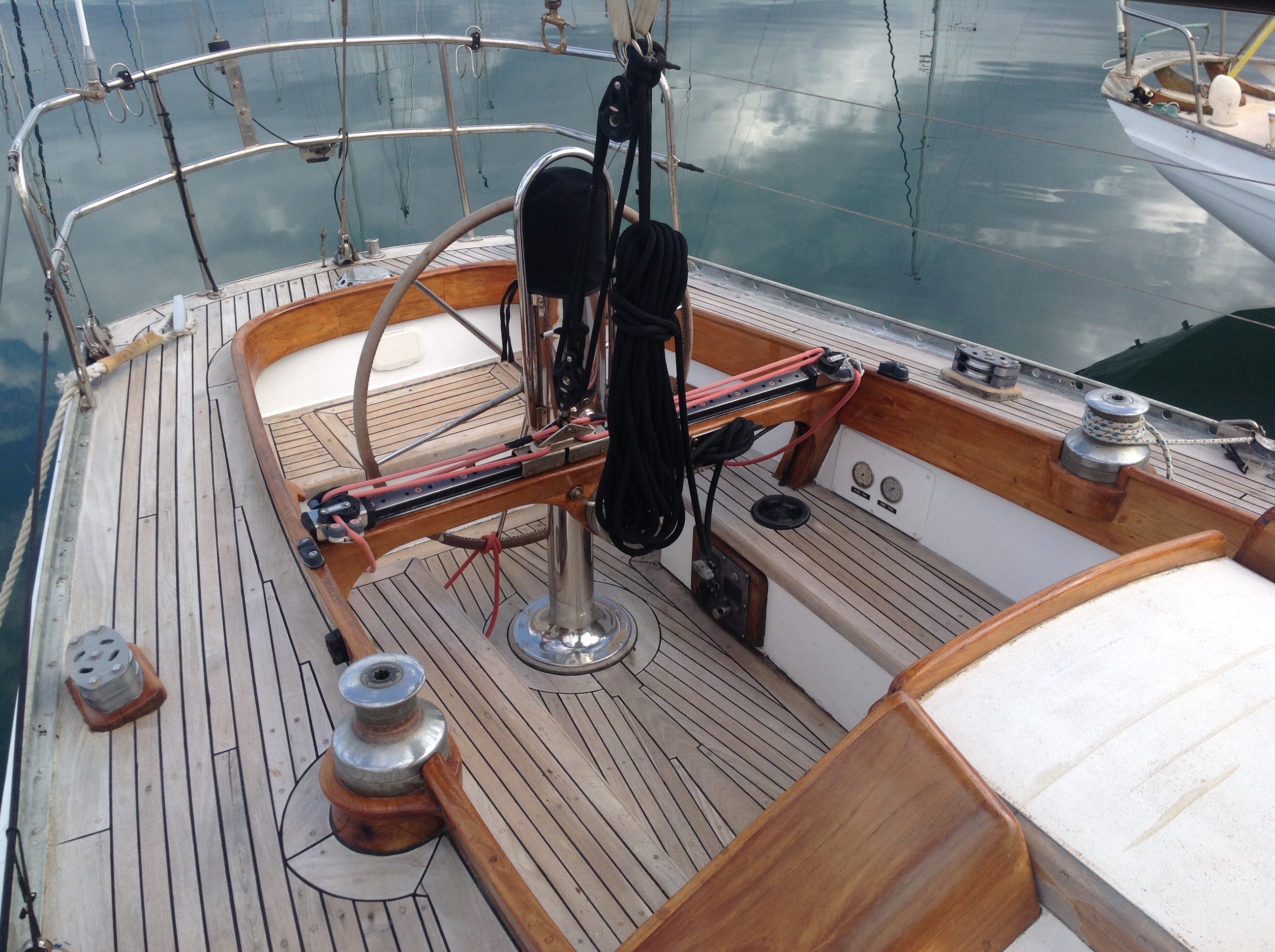 YOTI is currently in the unique position of having not one but two famous Sparkman and Stephens designed yachts in their care. Ironically, ‘Mark Twain’ made its name in Sydney but is listed out of our Melbourne office and ‘Tina of Melbourne’ is currently listed out of our Pittwater office but, as the name suggests, is more well known in the state capital further south. 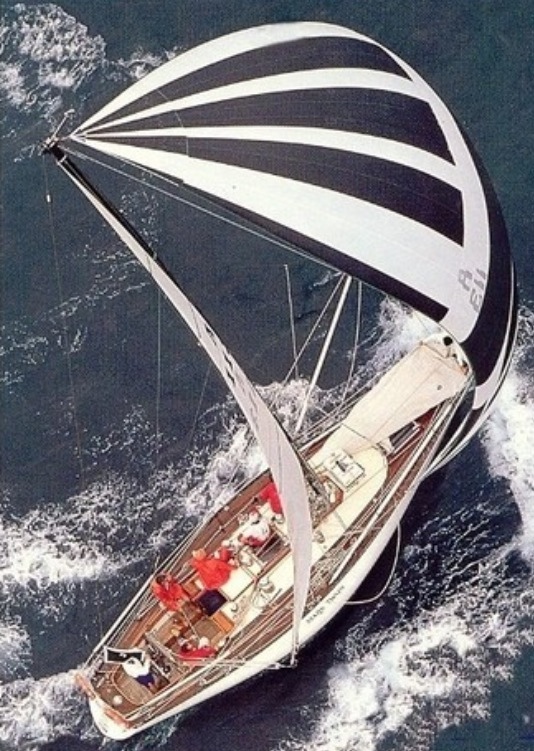 In a world where bigger and faster boats are constantly being built to break records, Mark Twain holds one which will never be broken. In 2002, 32 years after her launch she competed in her 25th Sydney to Hobart race becoming the first boat to do so. Representing the Sydney Amateur Sailing Club she had 5 top 3 divisional finishes and also completed the Gruelling 1998 race. Along with all those Hobarts she also a veteran of 14 Lord Howe races.

Built in Sydney for Ron Langman by Doug Brooker and Cecil Quilkey MT has teak decks on a Fibreglass hull. Among many builds, Quilkey also constructed “Love and War “another famous S and S design with impressive S2H honours.

Of the thousands of designs Olin Stephens was responsible for, he cited Mark Twain as among his favourites. 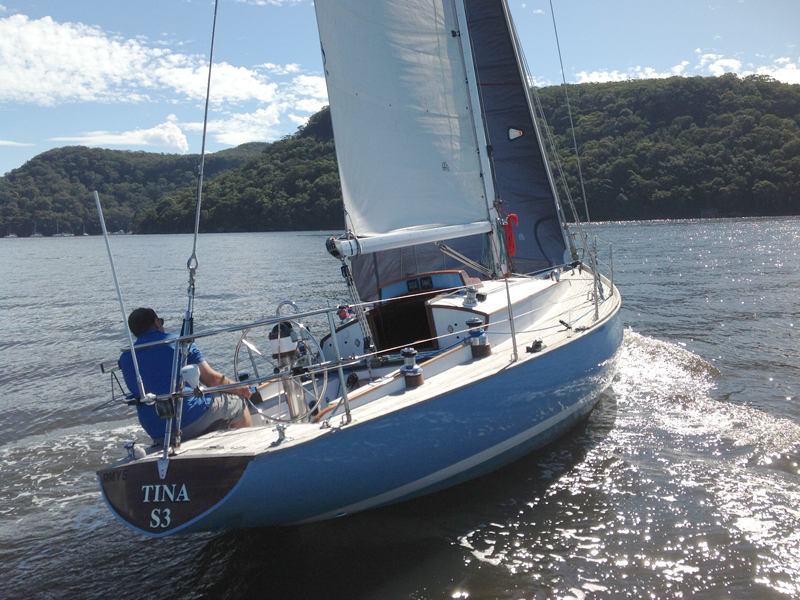 Pedigree, style and the latest in design and construction from a bygone era – that’s how Tina’s current owner describes this very special vessel.

On her original plan descriptions printed on Madison Av NY, the following words have been written…”This is the latest version of our One Ton Cup design. It embodies the separate Rudder and Skeg that has demonstrated excellent downwind capability and control without impairing its established windward performance. Her interior accommodations provided comfortable seating at the cabin table in lieu of the austere arrangements in other One Ton Cuppers intended primarily for offshore racing rather than occasional “round the buoys” contests. Her cabin top has been foreshortened to provide a flush deck forward of the mast”. 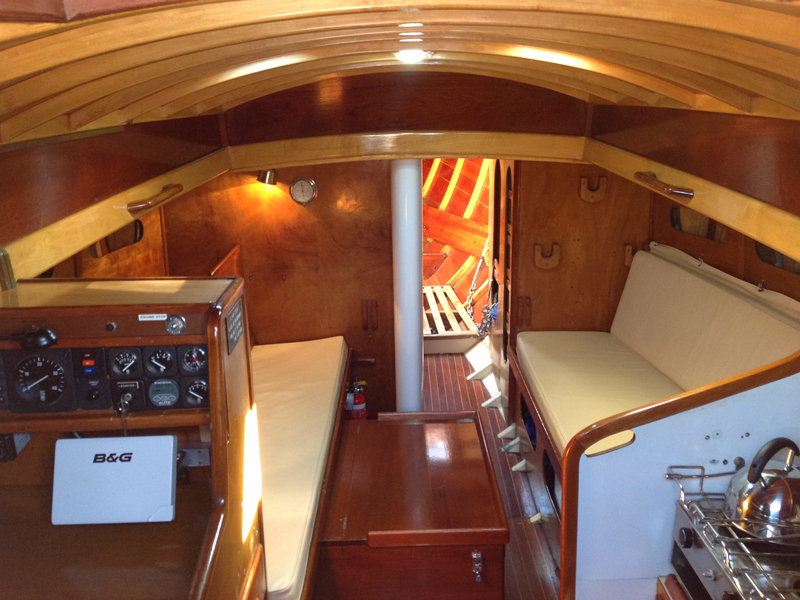 Tina Of Melbourne was built using full boat length, 1.5 inch planks of Canadian Oregon below the waterline and Californian Oregon above the waterline due to the weight saving of the lighter Californian variety. She is built using splined carvel construction, the splines being of Sitka Spruce. Full length large load bearing stringers run fastened to the ribs spreading loads fore and aft, a bronze structural ring runs from the chainplates and joins the bronze keel grid frame which sits atop the vessels backbone made from West African Mahogony.

Tina is one of only two of this design ever constructed and it was this design which arguably paved the way for the S & S 34 and the early Swan designs. Henk Groen built the yacht and she has been successfully campaigned out of Melbourne since.

The yachts history tells of just a few long term owners, her previous owner initiating what was to be a major refit by fully replacing the deck and cabin top. Her current owner completed the major re-fit between 2012 – 2014 which included all new rigging, wiring, plumbing, instrumentation, re-spraying of topsides ad a brand new and extensive racing sail wardrobe.

We find Tina today on the waters of Pittwater after competing in last year’s Sydney to Hobart, still being lovingly cared for and awaiting her next owner.