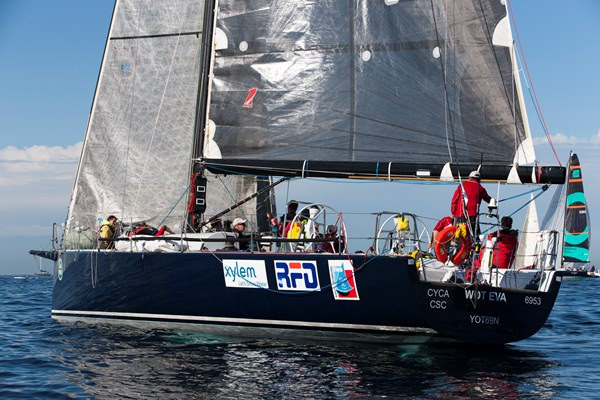 Sailors with disABILITIES have just launched their world record attempt, the Sydney to Sydney Challenge.

The Sydney to Sydney Challenge is a world-first adventure that will see Sailors with disABILITIES attempt to set a world record for the Sydney to Lord Howe Island passage with a disabled crew of 10 in a mono-hull yacht, the TP-52 WOT EVA. The crew launched on Sydney Harbour at 1 pm today.

The attempt is being monitored and recorded by the World Sailing Speed Record Council, beginning the moment we pass an official line in Sydney Harbour, until we pass an official finishing line—a gate—at Lord Howe Island. The crew will sail back to Sydney in an attempt to set the fastest time possible to our beautiful Sydney Harbour for the full Sydney to Sydney passage, finishing in front of the Opera House where the WSSRC time keeper will stop the clock.

Good Luck to David Pescud and all the crew!