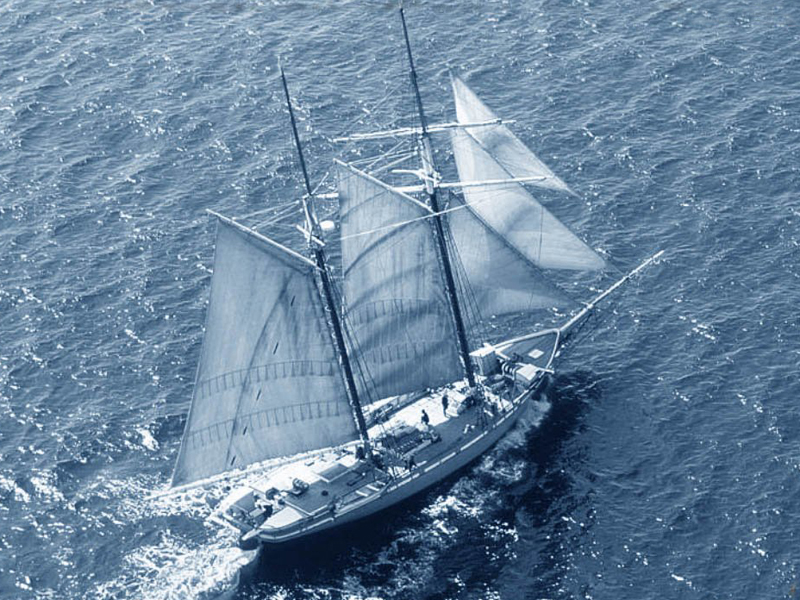 Many idioms and phrases that have been adopted into everyday use originated from traditional British activities; in particular seafaring. Everyone knows the obvious ones (to the bitter end, ships that pass in the night, full steam ahead, keel hauled, any port in a storm) but today on the YOTI blog we are going to run through a few that I, for one, had no idea of their nautical origins.

Moonlighting
We know it as referring to someone who holds down two jobs but originally comes from smugglers, who would often operate under moonlight.

Toe The Line
This one doesn’t have a double meaning but I didn’t know it came from the sea. It refers to sailors submitting to discipline and falling into line with all the rest of the sailors.

Money For Old Rope
Old rope was once used by dealers for the manufacture of binding and paper boards.

Chance Your Arm
A Navy officer would have his badges cut from the arm of his jacket if he were caught doing something against the regulations.

By and Large
When the wind was from a “large” angle it was deemed favourable. So a captain would decide that “by and large” it was a good time to depart port.

Slush Fund
The “slush” was the fat or grease obtained from meat boiled on ships. It would be collected and then sold by the chefs when they reached dry land.

Taken Aback
A ship was said to be “Taken Aback” when the wind switched from the rear to the front suddenly resulting in the boat being forced backwards.

In The Offing
The offing is the part of the sea that can be seen from the land. So if a boat was in the offing it would arrive in the not too distant future.

Chock-A-Block
This nautical phrase dates back to the 1840s. It comes from the point at which two blocks are jammed together and the rope that joins them can no longer be pulled tighter.

No doubt, like us, you find yourself using these now common sayings often.