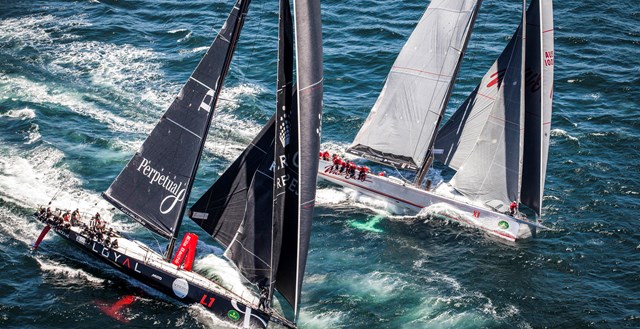 So this year marked the 70th edition of the Rolex Sydney to Hobart Yacht Race (The Race). Another amazing race where the conditions as always not only tested boat and crew but created opportunities for a large range of boats to take out overall honours. One of the many reasons we love the sport, from the oldest boat racing built in 1935 (Maluka of Kermandie) to the latest straight out of the build shed in 2014 (Comanche) we had an overall IRC winner being built in 1985 (Wild Rose).

Whilst we are talking numbers, here are few more for those that love statistic from this great event over the years:

In this year’s race the following was achieved:

Some pretty amazing statistics coming out of this events history, so after the 70th running of this amazing event, were do we sit? Well many have opinions to which we are all entitled and I am sure you have read or heard a few already. So having competed in the 70th race and many others I would offer this; “If you love and have a passion for yacht racing, if you maintain and keep your vessel at its optimum, if the skipper/owner and the crew put in the hard yards in preparing and training and your get your optimum weather window (that little bit of luck), you have every chance to perform extremely well,” if not win your class or even take the race out overall.” How many sports can a person aged from 18yrs to 100 be offered that opportunity. Winning an event such as this does not come easy by any means only a few will ever achieve that honour, but the reality remains money alone will not buy you a win in this sport.

Yes we have some extremely wealthy people in our sport, but that is a good thing. The investment they make trickles through the industry as a whole, from boat yards, to sailmakers, riggers, shipwrights, detailers, boat hands etc. Their investment in technology works down to all kinds of improvements for us all and the youth development and sailing experiences makes us better sailors. As we proudly recognise, Australia has many of the best sailors in the world right now, in my mind there is no uncertainty that the investments made and profile created by the likes of Bondy, the Oatley’s, Syd Fischer and others has substantially contributed to that success.

There is little doubt that our sport, like all others, needs to keep looking forward and addressing the many challenges that lay ahead in order to survive and thrive. But as I write this blog post the 2014 Rolex Sydney to Hobart Race, I feel proud to have been part of it and can’t wait till 26th December 2015.