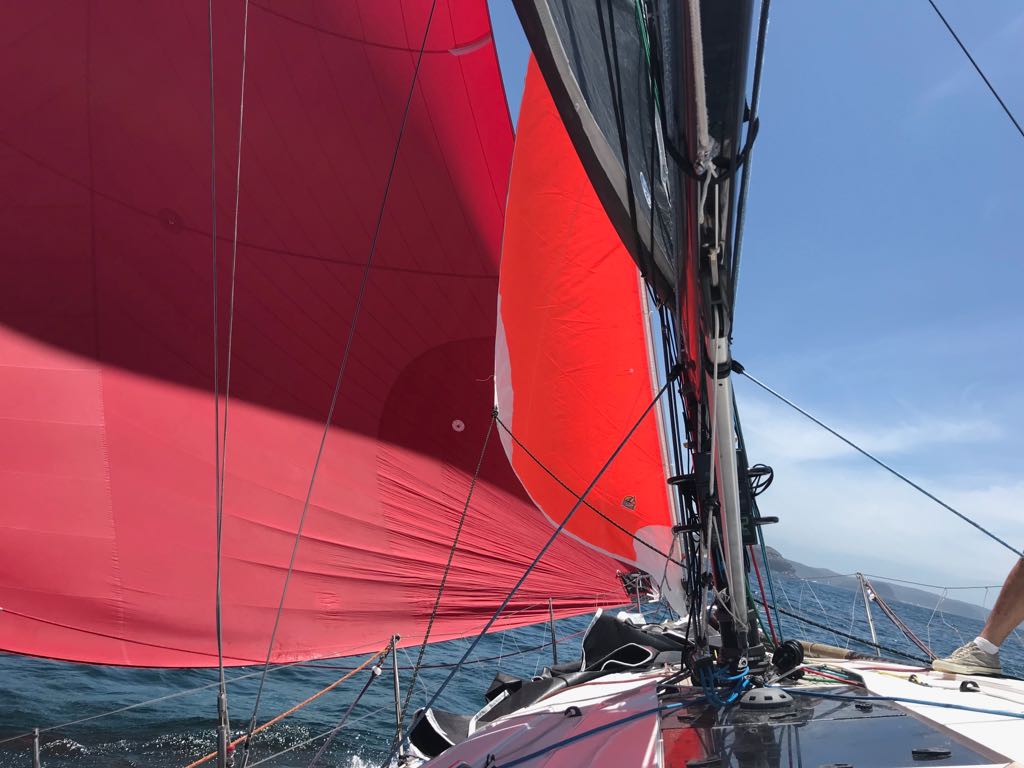 After working in the industry for almost 15 years, 6 of which have been with Yoti, our very own Peter Mactier has been given the opportunity of a lifetime, to compete in the 2018 Rolex Sydney Hobart Yacht Race on a Dehler 46 ‘Wings’.

A dream come true for Peter, the opportunity came about thanks to the owners of ‘Wings’, Lindy and Ian Edwards, being long term clients of YOTI. “We sold Ian’s previous boat which was planned as a training platform and for crew building for the new boat. The Dehler was purchased through our partners at Windcraft”, says Peter.

‘Wings’ was bought new and commissioned by Team Windcraft. She is a performance cruiser offering the best of both worlds: competitive, ultra fun racing with comfort levels making cruising very enjoyable. ‘Wings’ has been set up with the competition keel and rudder, rod rigging plus a carbon mast and an impressive sail wardrobe mainly from Norths.

“Now, just over 12 months old, Wings has completed one heck of a year’s racing and cruising” Peter informs us. “She has topped well over 6,000 NM’s, successfully competed in the 2018 PONANT Sydney Noumea Yacht Race, followed by the Groupama Around New Caledonia Race and all three northern regatta weeks (Airlie, Magnetic and Hammo). Aside from that, ‘Wings’ is seen racing in and out of Pittwater virtually 5 days a week.” She sure is one busy lady.

Pre-Hobart, the training calendar has been choc-a-block, including recent Newcastle and Cabbage Tree races. The final formal training day for the crew took place on December 9th where the team used just about every sail at some point: G1, G2, G4, Storm Jib, S2, S4, S5 and A5 up and went in and out of 3 reefs. Man-Overboard was practiced by each team member to ensure all were well prepared if it happens during the big race.

For the 2018 Rolex Sydney Hobart Yacht Race, Peter will be racing on ‘Wings’ with a full crew of 10. The crew have varying levels of skills and experience on board, all are integral to the team. Peter’s role on the boat is being part of the bow and mast team. This covers running the pointy end of the boat – setting up the sails, hoisting, dropping, packing, getting wet and making sure the back of the boat know what’s happening up front. The crew have got a broad age group from 20’s to 70’s but come December 26th, age and ability makes no difference, there is only one place they want to be and that’s on the starting line.