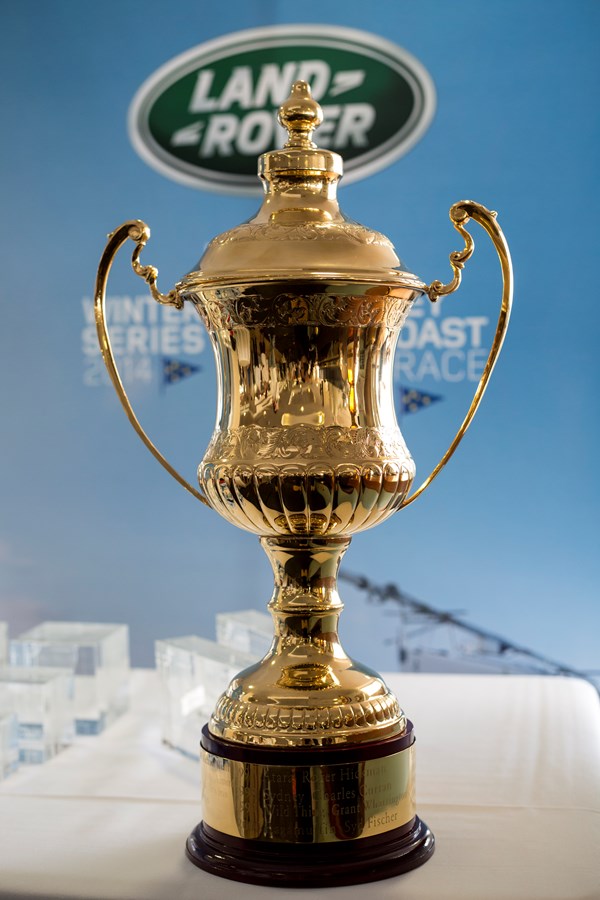 The much anticipated start of the East Coast (or let’s get out of the cold and head north) campaign kicks of this Saturday at 1300hrs with 2015 the Land Rover Sydney Gold Coast Yacht Race. A fleet of over 60 boats have entered in what will be the 30th running of this event. Current forecasts indicate a fast downwind race which will favour the bigger plaining boats but, as those of us that have previously competed in this race know, that could easily change. Whilst much will be written about the line honour favourites, we are going to look at YOTI and YOTI RACE current and previous clients and how they stack up for this race.

After Midnight Mark and Greg Tobin: Farr 40 Modified
Out to beat their 22nd overall and sixth in Division 2 from last year and coming out of their brilliant 2014 Hobart race result of fourth overall, second in Division 3 and sixth overall in ORCi for a Division 2 win, the brothers are well on track. This boat has a serious offshore pedigree wining this race in 2009 with the then owners Ed Psaltis and Bob Thomas. Their chances are bolstered with Bob joining them for this year’s race north. Will he prove to be their (not so) secret weapon?

Balance Paul Clitheroe: TP 52
Finishing sixth overall in last year’s race, second in Division 1 and fourth overall in ORCi was an excellent first result after just purchasing the boat from Bob Steel (Quest). The CYCA Director will not be aboard for this race. Turning 60 in July, Paul will be enjoying a golf holiday abroad with fellow birthday mates. This year Mike ‘Greeny’ Green will take command. The crew will face plenty of rivals including five other TP52s and the two canting keel Cookson 50’s and of course Tony Kirby’s Kerr 46 which is always nipping at the heels of these boats. This boat has a strong offshore pedigree, winning the 2008 Rolex Sydney Hobart and with Pauls crew now more experienced on this type of boat and being pushed by Greeny, they will certainly be one to watch.

Black Sheep Derek and Martin Sheppard: Beneteau First 45
They finished 28th overall and third in Division 3 in last year’s race. Brothers Martin and Derek Sheppard were named 2014 Ocean Racing Rookies following a great Blue Water Point Score season in 2013 as new yacht owners when they finished seventh overall and second under ORCi. They have since had a somewhat disappointing and frustrating 2014 season in terms of results, but as we all know that only makes you better, stronger and faster the next time around. So we wish them a great start to these seasons’ events.

Brindabella Jim Cooney: Jutson 80
The boat finished 19th on line and seventh overall under PHS in last year’s race. The Jutson 80, which held this race’s record for a phenomenal 13 years until broken by Wild Oats XI (Open record) and Loki (conventional ballasted yacht) respectively in 2012, still has her moments and represents a threat when the conditions favour her. She retains the record of 1day, 20h, 46m, 33s for a conventionally ballasted yacht in the Sydney Hobart, which she set in 1999. Capably run and managed by Bradshaw Kellet she is sure to get there and possibly rattle some of the newer faster boats. Always a strong performer in PHS.

Celestial Sam Haynes: TP52
Sam won the 2014 Land Rover Sydney Gold Coast Yacht race overall and went on to claim the Blue Water Pointscore under IRC and ORCi, with his old Celestial (Rogers 46). His win was an impressive culmination of hard work, crew development and boat optimisation. Keeping many of his original crew and applying the same ethos all fairs well for his recently purchased TP52 (ex Fomo/Vamos/Shogun IV) in which he is eager to defend his Gold Coast win in 2014. With an almost entire new wardrobe from the Hood Sails loft and one of the most competitive TP52 offshore fleets assemble in Australia this is certainly a boat and division to keep an eye on. (And oh yes, I am on this boat)

Chancellor Ted Tooher: Beneteau 47.7
The boat was entered for last year’s Land Rover Sydney Gold Coast Yacht Race, but had to pull out before start day. However, he is a regular in CYCA offshore events with this his fourth yacht of the same name. This one is the former Pretty Fly II, which scored her share of good results. With much more sailing time on the boat, they should be looking forward to manifesting that time spent to ensure a safe arrival, backed with a solid result.

PMA Yeah Baby Marc and Louis Ryckman: Welbourn 50
15th overall in the Land Rover Sydney Gold Coast Yacht Race last year, this was followed up with a 34th overall and fourth in Division 1 in the 2014 Rolex Sydney Hobart. With modification and upgrades capably conducted by Lyndsay Stead of Boatec the boat presents as a very competitive inshore and offshore package. As a revamped boat using a 2000 designed Welbourn 50, combined with the keel, rudder and deck from Warren Johns’ famous 1989 IOR 50 footer, Heaven Can Wait she hits the water with a rating that will keep newer similar size boats very honest.

The Goat Sebastian Bohm and Bruce Foye: Rogers 46
This is the former Celestial, which as noted previously won last year’s Land Rover Sydney Gold Coast Yacht Race and subsequently won the 2014 Blue Water Pointscore in both IRC and ORCi. Bruce and Sebastien recently bought the boat and have the goods to keep up the performance of the boat. Both who have owned (separately) and raced successfully Sydney 38’s now combine to take a further step forward in Bluewater Racing. The predicted downwind conditions should give them incredible rides.

We wish all crews a safe and great race with hopefully some great downwind runs and plenty of stories at the bar!!