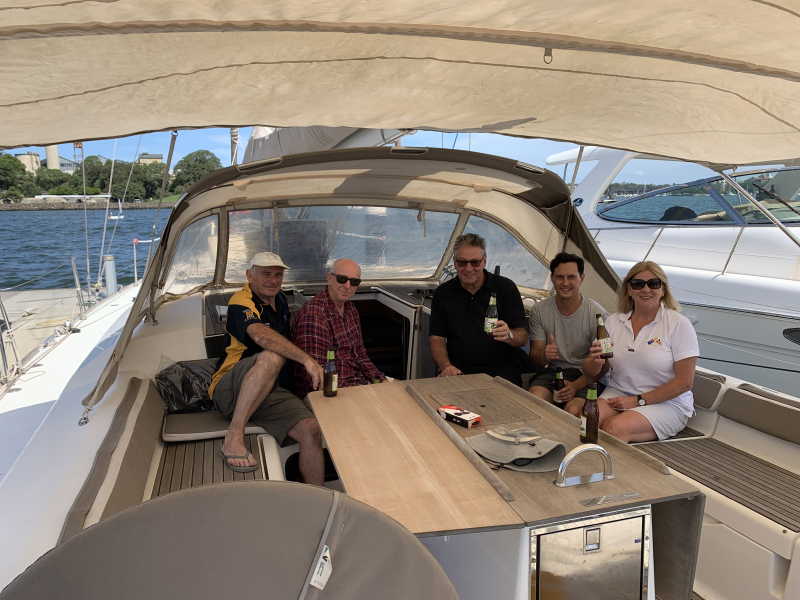 Dufour have been building quality yachts for over 50 years, so they have been building boats almost as long as Land Rover has been banging together aluminium boxes on wheels out of the old green country. The difference is that Dufour’s simply work (and this is written from someone who adores Land Rovers!).

Carpe Diem is a Dufour 500 Grand Large launched for her original owners in France in just 2015. A young European family who embarked on the BIG ONE – that is the adventure of a lifetime when a couple and their tadpoles take off around our big blue globe – they had one heck of an adventure on ‘Heidi 2.0’ (her original name) and eventually ended up in our big brown land (their blog can still be found if you look hard enough).

Over a couple of years and a few Sydney Boats Shows, we built a great relationship with her third owner, so much so that when the time came, he simply had to sell her through the team at YOTI. Carpe Diem’s new owners, a trio of experience sailors, sailed her south to now enjoy in the biggest bay in our land. Enjoy Lad’s, Peter and the Team.